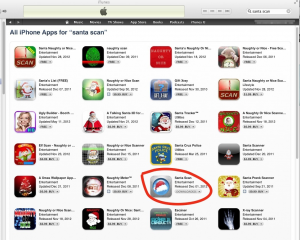 One Response to Santa Scan released! But where is it?