Besides the new name, version 1.2 of Where in the World is Santa Claus? has some privacy improvements as well.  You may be surprised that privacy would be a concern for a simple kid’s app like this.  The app does not ask for your name, phone number, address, or any other personal information.  But to function properly, the app does need one important piece of information: your location.

The app needs your location to find the direction to Santa Claus from… well, your location.  Until version 1.2, the app asked your iPhone to determine your location — only a rough location, within a few kilometers.  And the app would only get your location if you approved.  Once approved, the app never stored, transmitted, or otherwise used your location beyond pointing you towards Santa Claus at that moment.

But on careful reading of the latest child privacy regulations such as COPPA, it seemed that your location was now protected and could only be obtained in certain cases.  Even though the app was probably fine in version 1.1, we temporarily pulled the app from sale until we could make sure it complied with the privacy regulations.  Getting the proper parental permission was going to be impractical (at least for a $0.99 app) so we had to solve this conundrum:

The app is back in the App Store with these changes for version 1.2:

Now the app requires a little more setup since it cannot detect your location automatically.  And the distance and direction data is not going to be as accurate as before.  But we think the app is still fun for young kids to use, and they will hopefully not notice any difference once your location is set.  Versions prior to 1.2 are no longer available for download.

Santa Snoop has a new name: Where in the World is Santa Claus?

Although the name “Santa Snoop” is catchy, it may have a slightly creepy or ominous intonation.  The idea of the app is not really to spy on poor Santa.  The idea is just to see where the good man is in relation to you, and to hopefully catch a hint of how he is preparing for the holidays.

Concern over the name “Santa Snoop” first came up with a negative review on iTunes by someone who then gave five stars to a sniper game rated for people 17 and older.  Santa Snoop is a cute Santa app for little kids. Somehow I was missing the target audience!  Also, there is apparently a “rap battle” between Snoop Dogg and Santa Claus which tops any web search for Santa Snoop.  It’s best to avoid getting crowded out by the prolific talents of Mr. Dogg.

So there it is.  Say hello to Where in the World is Santa Claus? 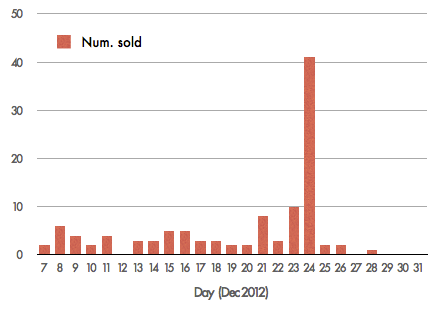